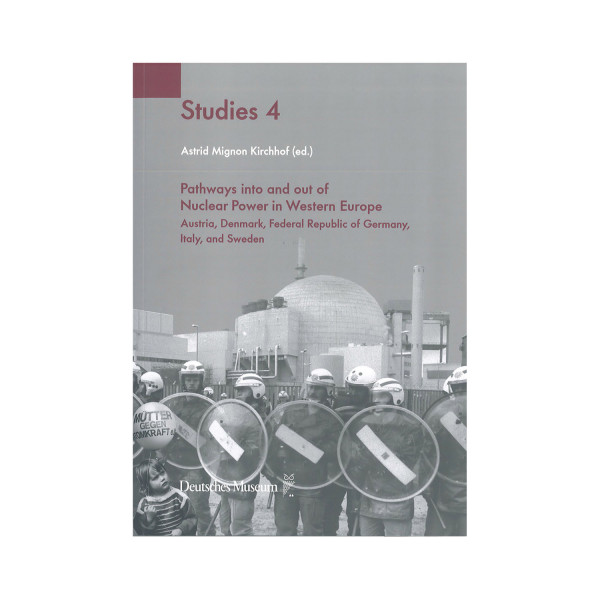 Astrid Mignon Kirchhof (ed.): Pathways into and out of Nuclear Power in Western Europe, Austria, Denmark, Federal Republic of Germany, Italy, and Sweden.

Following the United States launch of the Atoms for Peace program in the 1950s, nuclear power appeared to be the modern solution to humankinds energy problems. West European democracies like Austria, Denmark, the Federal Republic of Germany, Italy, and Sweden developed plans to supply nuclear energy nationwide. Early protests started in 1954 after atomic testing in the Pacific and were directed against military use of nuclear power and atomic weapons. Later protests shifted the focus to civilian use of atomic power like nuclear energy supply. Although in the course of the 1970s trust in this technology began to fade in many European countries, including the five states presented in this book, each of them dealt with this challenge in a different way. This volume identifies commonalities and differences in the nuclear pathways of the five European countries and points out the crucial impact of democratic traditions and national histories for a European continent urgently trying to find its common identity.